“Travel Far Enough and You’ll Meet Yourself.” This is what Julia Schneider remembered as she studied abroad at Radboud University in Nijmegen, The Netherlands to complete her Master’s of Economics.

Julia wasn’t new to the world of studying abroad. While attending high school, she did a two-week exchange in Dusseldorf, Germany.  She loved it so much that she decided to do a year-long exchange before univeristy, followed by a  Bachelor’s Degree in European Studies in Maastricht, Netherlands. “When I left Waterloo, Ontario, for Germany I never thought I would still be living in Europe six years later. Now I’m studying a Master’s in Economics at Radboud University. I loved living abroad so much, I just couldn’t leave!” Through travelling the world, Julia was able to find herself by learning about herself and the world around her.

What Julia Learned About Herself

When Julia started travelling, she didn’t have any expectations. “I think having no expectations made it a much better experience.” Studying abroad helped Julia discover new things about herself. She learned that she was capable of being independent and how to solve her own problems – something that she didn’t think was possible. “I feel that going abroad has made me a much better version of myself.”

“When you’re abroad, you don’t always have family and friends constantly around to help you out. Being abroad helped me learn how to rely on myself, and that there is a solution to every problem.”

Studying abroad also helped Julia develop professional skills. She improved her communication skills and also gained a deeper intercultural understanding – something that companies really value. “It looks great on my CV, and I always get asked about my travels in interviews!”

Networking is extremely valuable regardless of where you are in the world and Julia was able to build a professional international network by connecting with her professors while she was abroad. Since her lectures in the Netherlands were in very small classes  and discussion-based (very different than her studying experience in Canada), she was always encouraged to ask questions. One teacher even gave bonus points if students disagreed and debated with him. All of this contributed to her increased communication and networking skills gained while abroad  – and not to mention confidence! 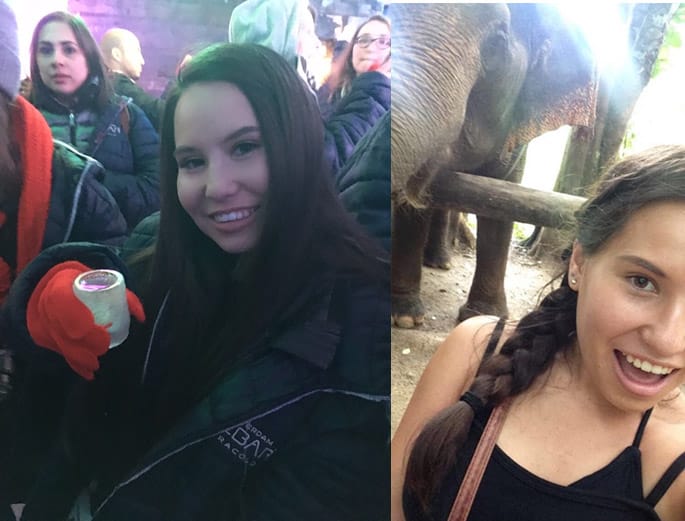 During her studies, Julia realized she wanted to pursue an international career that would make her step outside of her comfort zone. Armed with her Master’s in Economics and experience gained while studying abroad, she is currently searching for a job in the Netherlands and would like to stay there after her studies.

What Julia Learned about the World

Julia’s experiences studying abroad not only allowed her to learn more about herself, but they also created opportunities to connect with people in the Netherlands as well as all over the world. During her studies, Julia stayed in student housing, together with international as well as Dutch students. Living with 15 other people in a shared spaced was definitely messy at times, but the friendships Julia created made up for it. She found her Dutch classmates and peers to be very welcoming; they were eager to share their culture but also wanted to learn about Canada! Her new connections resulted in many new friendships that extended beyond borders.

“The best part about having friends in different parts of the world is that you always have a reason to go somewhere and someone to meet up with.”

Through these connections, Julia was able to travel across the Netherlands and around the world, and allowed her to travel in a truly authentic way. For example, when travelling to Italy, Julia stayed with an Italian friend who served her grandmother’s authentic Italian food. 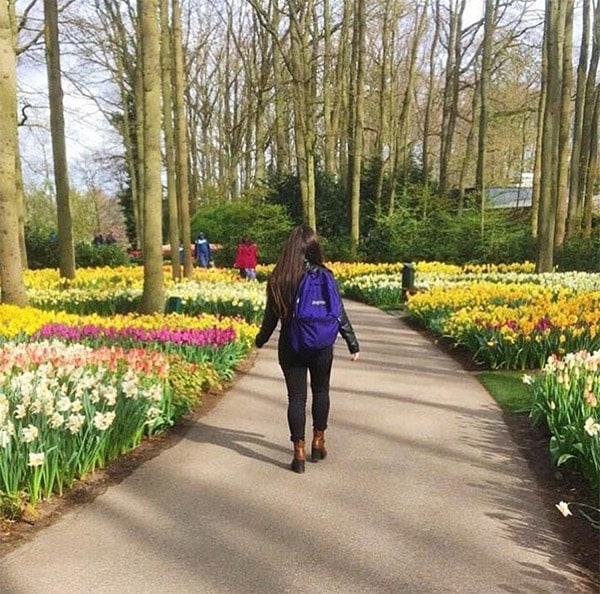 Completing her Bachelor’s and Master’s Degrees in The Netherlands allowed Julia to build her career while exploring the world. Studying abroad helped Julia learn so much about herself and gain a different perspective.

“Studying abroad, you grow as a person in ways that you never even knew were possible, and that is something that you can’t gain in other ways.”

After spending six years growing as a person through studying abroad, Julia is excited to continue her international journey of self-discovery.

Here are Julia’s top three tips for students who are considering studying abroad:

To learn more about studying abroad, visit the Study and Go Abroad Fair in a city near you.