Travelling was something that Sydney Sickinger knew was in her blood from as young as she can remember. Curious about other cultures her whole life, Sydney decided to embark on an exchange program for one year in Brazil, a nation far from her hometown in Milton, Ontario.

As a grade 11 student, Sydney’s journey to Presidente Venceslau, Brazil (a town near São Paulo) was not an easy one but, according to her, it was “completely worth it in the end.” The process of applying for a student visa was long and difficult, and she spent a lot of time at the Brazilian consulate in Toronto. She also wasn’t expecting how much of a challenge it would be to pack her entire life into only two suitcases!

While staying with her host families in Brazil (she had three in total), Sydney needed to adapt to a Brazilian way of living. “It was not always easy to adjust to other families’ rules and expectations” says Sydney. “In Canada, eating together as a family is not something I normally do since my family members have many food allergies and we all arrive home at different times. However, in Brazil I had lunch with my host family every day and it was something I came to really enjoy.” Sydney also notes that, “in Brazil people were more carefree and lived in the present”, which was something she admired about their culture.

There were also unexpected shocks that Sydney had to get used to – in particular, the weather!! Adapting to a hot climate after experiencing so many cold Canadian winters was definitely an adjustment. “Having a Christmas without snow felt very strange and the whole year felt like one long summer vacation with the constant 30 degree weather,” she comments. Other small things like wearing shoes in the house and eating pizza with cutlery required some getting used to. 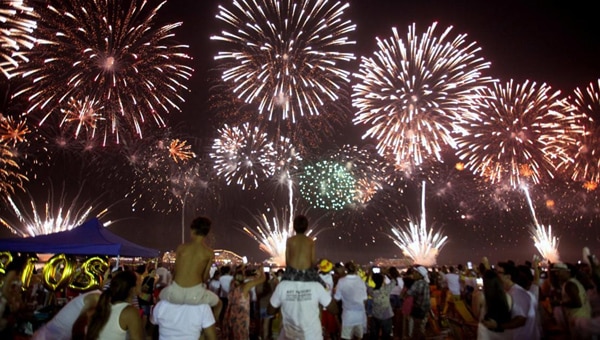 Studying in high school in Brazil was unique for Sydney. While the class structure was similar to Canadian elementary schools, there was only one class per grade. “[There were] eight classes a day and only two 15-minute breaks. It was the same structure as a Canadian elementary school.” This allowed her to really get to know her. “It was nice to always be with the same students, so that we could become better acquainted.”

Sydney’s new friends, classmates and teachers were “truly amazing”. A moment that truly stood out to her was when her classmates brought in their guitars to play and sing during class. “My class played Ed Sheeran’s ‘Photograph’ (their favourite song) for me to welcome me to their school.” Those of Sydney’s classmates who spoke English would “go out of their way to translate for me to help me with my language skills”.

Some of the friends that Sydney met on her exchange are still her closest friends today.

“It is so cool to have such a diverse friend group and to realize we all have things in common no matter what part of the world we are from.”

Sydney makes sure to keep in contact with her friends every day and even visits some of them! She recently met with her Brazilian friend, Gabriela, who was on exchange in South Korea during March Break. “It was amazing to get to see her again. She showed me all around Seoul. It was an incredible experience shared between friends.” Sydney stresses that “once you find such great people, you will always find a way to see each other again.”

Sydney’s experience living and studying in Brazil taught her her a lot about both herself, and where she sees herself in the future.

“When I went on the exchange, I didn’t know what career path I wanted to take and now I have a much better understanding. I think it’s because I had a lot of time to figure out who I am as an individual.”

Studying abroad helped Sydney realize that she wants to choose a career path where she can travel and have more experiences, rather than sit in an office all day. “I realize that I am a person meant for socializing and connecting”. After she graduates high school, Sydney hopes to study Philosophy or International Relations in University and would love to spend time teaching English in another country, preferably East Asia.

Sydney’s Advice for Students and Grads 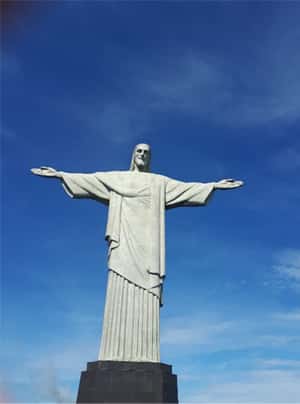 Sydney strongly urges any student to take the opportunity to study abroad if they can, as the skills learned are so important. “Having a second language is a great skill to have. You can connect with so many more people and it opens you up to many new opportunities.”

Being so far from the life she grew up with was challenging but she wouldn’t trade her experience for anything. “Moving to a foreign country where you don’t understand the language and are far from your parents can be difficult at first, but you will make friends and pick [up]on the language quickly,” says Sydney.

“Travel will build up your confidence. After spending a year abroad, and having to adapt to a completely new lifestyle, I now feel that I can do anything.”

“Many students have a set idea of the career path they are interested in or an exact country they want to explore. However, trying something unexpected or going somewhere you never imagined travelling to can end up being one of the best experiences of your life.”

“As a part of our [Rotary Club District] training, we were always told to say YES. Opportunities are everywhere and you should take them while you can. Even if you do something you end up not particularly liking, you can at least say you tried and learned something”.

“Researching and making connections will help open you up to new opportunities.”

If you want to learn more about studying abroad, check out the Study and Go Abroad Fairs here!