“If there are dreams about a beautiful South Africa, there are also roads that lead to their goal. Two of these roads could be named Goodness and Forgiveness.” Nelson Mandela

South Africa’s eventful history, its physical characteristics, and its geographical position at the southern tip of Africa on a key shipping route, have forged a country of contrast, rich in diversity and bursting with energy. There are worlds of humming humanity and teeming wildlife; of oceans and mountains, semi-desert and forests, thorny bush and savannah; of modernity and tradition; of Africa and Europe and Asia; of rich and poor.

The people are friendly, the weather is fabulous, the scenery is stunning, and this middle-income country is sufficiently developed to be very user-friendly – it offers rich world comforts in a challenging and interesting developing country setting.

After decades of isolation and sanctions, South Africa rejoined Africa and the world and became an active participant in the international economy and politics, and in global events. The country has become a favourite conference venue and has held rugby and cricket World Cups. South Africa will host the 2010 Fifa Football World Cup, the first time this huge sporting event will be held on African soil. 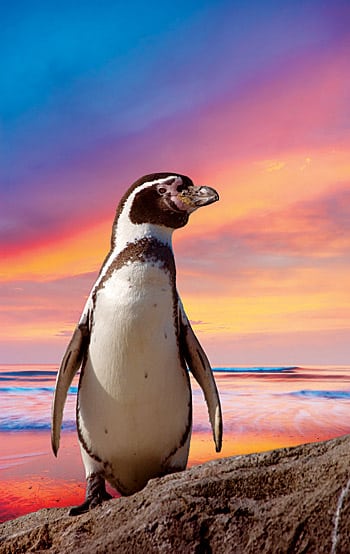 South Africa has become an extremely popular destination for tourists, attracting more than eight million visitors during 2006. In the prestigious 2006 Condé Nast Traveler Readers’ Choice Survey, in which 21,000 readers of the US travel magazine voted for destinations based on their travel experiences, South Africa was rated the fifth favourite country for a holiday in the world, and Cape Town was voted the eighth best city in the world and number one in Africa and the Middle East.

The country has also attracted growing numbers of international students, from other African countries and from around the world. There are nearly 54,000 foreign students attending the country’s 23 public universities, and today international students comprise more than 7% of a total higher education student population of 735,000.

The choice by more and more students of South Africa as a place to study affirms the quality and capacity of the country’s universities, and the international recognition of their qualifications. International students have enriched all campuses, enabling South African students to learn about other cultures, places and perspectives. In return, international students experience a sound, credited higher educational experience in a diverse and interesting environment – all for a fraction of the cost of studying in the industrialised world.

South Africa has also attracted a strong cadre of international postgraduate students and academics who engage in highly relevant research in their fields, frequently in collaboration with local scholars who have notable reputations in their areas of expertise.

Since democracy, South Africa has undergone enormous changes. Every aspect of life has been transformed, from politics and business to sport and society. Many developing world challenges remain, and they range from poverty, the diseases it spawns and HIV-AIDS to lingering inequalities, unemployment and related high levels of crime, skills shortages that are hampering economic growth and development, and a struggling school system.

Research here has the potential to make a real impact on people’s lives.

The country’s rich natural and ecological resources, multi-cultural population, inspiring history, and dynamic political milieu provide fascinating backdrops for studies in many fields. The experiences of the liberation struggle and the triumph of reconciliation and democracy are brought to bear on the problems that South Africa shares with Africa and the developing world. There is cutting edge research being conducted in many areas ranging from development and health, to biotechnology, conservation, and astronomy.

Several South African universities have world class research, and feature in the Top 1% of the world’s institutions (captured in the United States’ Essential Science Indicators database) in nine of 22 scientific fields. The National Research Foundation (NRF) has identified eight focus areas for research. The first presents opportunities into areas that “characterise the country and the role that knowledge generation and transfer can play in development” in: paleontology and archaeology; the Southern skies; geological heritage; societies in transformation; cultural heritage and identify formation; health; and creative arts and cultural expression. Other areas earmarked by the NRF for significant funding are: economic growth; ecosystems and biodiversity; education; globalisation challenges; information and communication technology; sustainable livelihoods; and unlocking the future.

The NRF and Department of Science and Technology are creating national university-based centres of excellence in areas of existing research strength and of national importance, that are aimed at encouraging collaboration between scientists and institutions, stimulating world class research and generating high level human resources. Creating nodes of excellence is an ongoing project, but those already operating are the:

Today South Africa is at the forefront of the global movement to forge a more equitable and sustainable world order. The country’s setting and role in Africa – it has the biggest and most sophisticated economy, and the strongest higher education system on the continent – makes it an ideal base for studies aimed at understanding and developing Africa.

The vision of the President drove the new millennium moves towards African unification and an African Renaissance. The South African Government has vigorously helped to establish pan-African institutions such as the New Partnership for Africa’s Development, the African Union and the African Parliament. South African soldiers are involved in peace-keeping efforts across the continent.

Since the collapse of apartheid, South African companies and universities have also spread their wings across Africa. South Africa has become the biggest investor in Africa, and its higher education institutions have forged myriad links with their counterparts across the continent, and are at the forefront of the move towards a revival of African universities.