Imagine never having been on a plane before. Picture going to study abroad in a country across the globe, where almost everything is different. Terrifying? Or exciting? Probably a little bit of both. That’s exactly how Megan Graham felt when she decided to spend a semester in Japan.

“This was my first extended trip in my young adult life, ever,” says Megan. However, “I reached a point when I was mature enough to understand that my education could be blended with cultural immersion experiences that reached beyond Canadian borders. As soon as I attended that first general information meeting for studying abroad, my path was set,” she says.

Megan grew up in a small town in British Columbia and has always been drawn to nature where she could wander around and daydream. “Kyoto’s endless temples filled with quaint gardens and history reaching back over a 1000 years struck me as the perfect place in which I could get safely lost while exploring beautiful neighbourhoods and getting to know myself,” Megan says. She achieved that and so much more during this unique trip. Her lifelong dream came true when she saw the pink wonderland of Japanese cherry blossoms in full bloom. Japanese pop culture of Pokémon, Nintendo and Studio Ghibli films took her down the cherished memory lanes of the culture she fell in love with as a kid.

Interestingly, the culture shock aspect of the trip was what Megan was craving the most, rather than fearing it. “I wanted change, I wanted cultural diversity, I wanted to be enveloped in a world unfamiliar to me,” she comments. “My first 24 hours in Japan were a whirlwind of first time jet lag, constant jaw dropping, language anxiety barriers and hands thrown in the air excitement.”

The class structure was another unfamiliar thing for Megan – a typical student takes around 15 classes per semester in Japan compared to 5 classes in Canada. Classes in Japan are shorter which allows all students to experience a more diverse range of courses. Thankfully, classes were offered in English, but Megan was prepared for anything – she took an introductory Japanese language course before leaving. 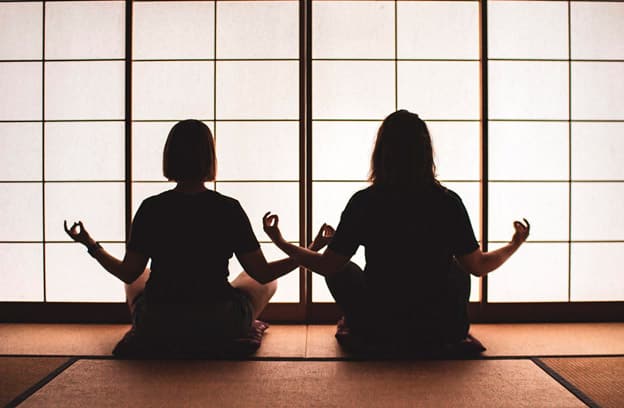 One of the best memories of Megan’s semester abroad is the time when she got lost. “Taking the completely wrong train in the countryside of Hokkaido was possibly one of the best unintentional decisions that could have been made that day,” she shares. By the time Megan’s friend and she realized they were going the wrong way, they already missed the last train back. They were stuck in a very small village where almost no-one spoke or understood English. Luckily, an elderly couple approached them and offered them accommodation for the night in their inn. “We ended up staying with them for the night, and their hospitality was nothing short of the incredible and genuine kindness Japan is known for. “Being adaptable to your situation and trusting that things will work out is a big part of successful travel, in my opinion,” Megan adds.

This experience helped Megan understand that “the most exciting and rewarding opportunities are usually the ones that scare you.” She learned that fear holds you back more than it protects you. “Overcoming the anxiety or fear of unfamiliarity will get easier the more you learn to say YES with confidence and excitement. This is where you will discover the most personal growth.” 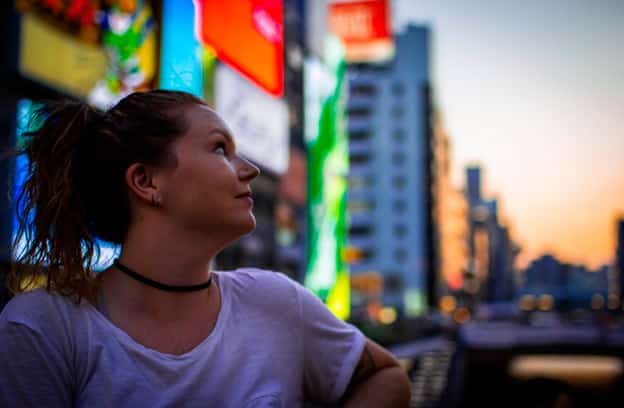 Megan believes that studying in Japan fed not only her soul, but also her mind. “Developing global mindedness from studying abroad is a professional skill that I will be able to put into any future career, enabling me to work successfully with people from diverse backgrounds while having an open mind to understand the different ways people learn,” she comments.

Megan is studying Natural Resource Science back home, at Thompson Rivers University. However, she didn’t let her program limit her course choices while she was studying in Japan. She took Japanese Tea Ceremony, Modern History and Religion in Japanese courses without worrying that some of these credits wouldn’t be transferred back to her home university in Canada. “There’s no price on the benefits you will gain from studying abroad. If you have to complete one extra semester or year upon returning home to graduate, IT IS WORTH IT,” says Megan.

In the next few years, she plans to pursue a position in Water Conservation and Management. “Upon graduation next year, the door and my suitcase are quite open,” she says. In fact, she’s now motivated to plan an extended trip to Europe all by herself, and she says that studying abroad in Japan gave her the confidence to do that. 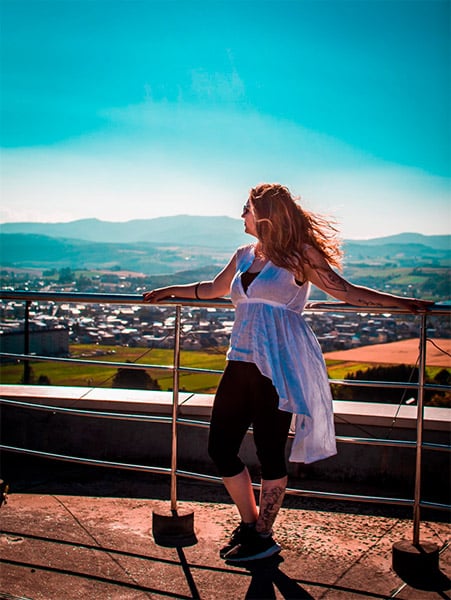 Megan describes the Study and Go Abroad program as a “chance to live as a local and not travel as a tourist”. “It’s an opportunity to embrace solo adventures and discover yourself in places you least expected, with people you never thought you would meet.”

Don’t let the anxiety about costs, getting behind on schoolwork or being away from family stop you. You can travel cheaply but live rich, you can catch up on workload when you get back, and you can stay in touch with friends and family throughout your trip. What you can’t do is “taste authentic cuisine, experience world heritage sites or predict the relationships you will build from the comforts of your own couch.” So pack your bags!