Studying abroad is an exciting new adventure that can leave a lasting impact. Joseph Watson-MacKay, a Marketing Management alumnus at Kwantlen Polytechnic University in Vancouver, B.C. studied abroad in Nagoya, Japan where he experienced the adventure of a lifetime that shaped who he is today.

Before studying abroad, Joseph completed a one-year working holiday visa in Japan after high school, to explore what he wanted to pursue after high school. After this experience, he knew one year just wasn’t long enough. He decided to go back as a university student. Building upon the foundational knowledge and experience from his first visit to Japan, he used his second year to spend more intentional time focused on academic, professional and personal growth opportunities.

Travelling abroad exposed Joseph not only to Japanese culture but other cultures as well through the network of friends he made while studying. He became friends with his flat-mates at university who were from South Korea and Taiwan. After the exchange, Joseph was lucky enough to travel and see both his flat-mates’ home countries with a few other students, and even stayed with them and their families.

He expanded this network of friends by joining different groups and communities. He worked on campus with Japanese students and staff in the International Lounge and joined International organizations that he was previously involved with back in Canada (e.g. AIESEC with the AIESEC Nagoya University Local Committee, and Toastmasters International with the Sakae Toastmasters Club).

“Making new friends, both Japanese and from other countries, fostered my curiosity in a way that pleasantly surprised me. It evolved from an abstract interest into a personal connection to countries and cultures well beyond where I studied.”

Joseph went to Japan expecting to immerse himself in Japanese culture, and while he had the opportunity  to do that, he also returned home more informed and intrigued by the countries that other international students and travellers were from. This experience helped Joseph personally grow and discover compelling reasons  to see more of the world outside of Canada, reimagine cultures he had been less familiar with, and also uncover many aspects of what it meant to be Canadian. 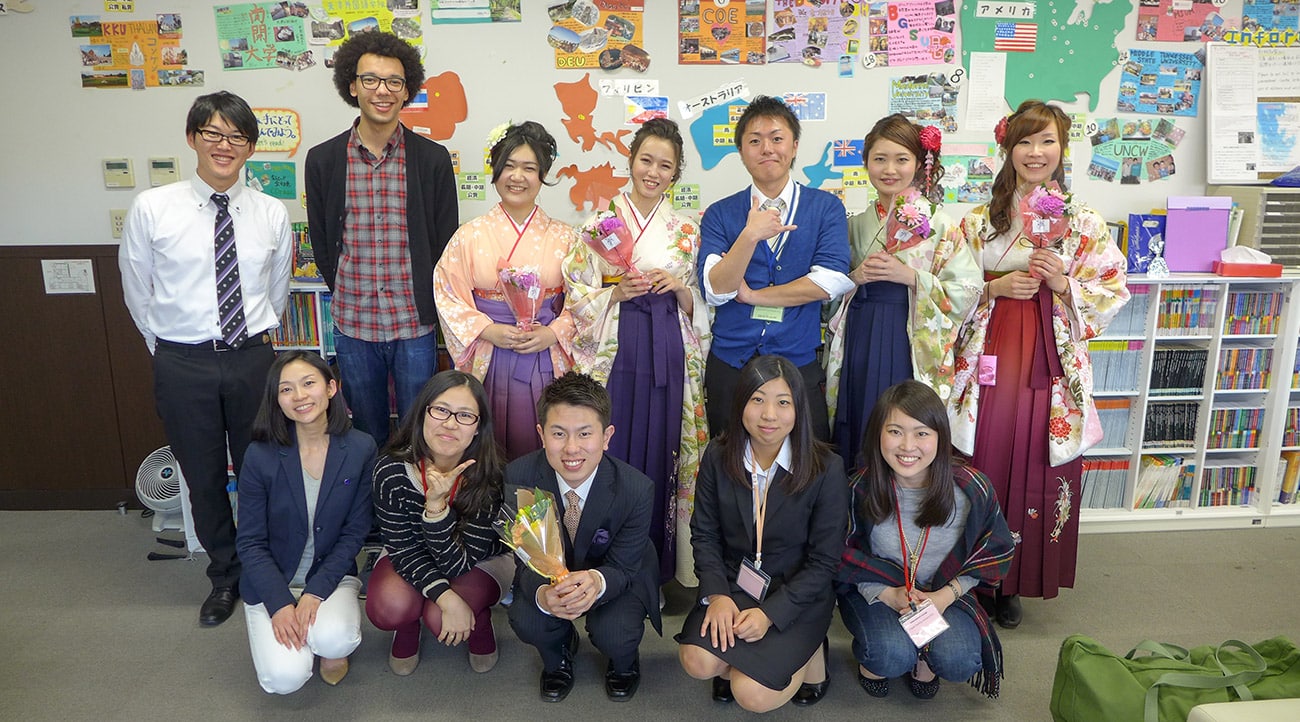 Studying in Japan allowed Joseph to learn  things he wouldn’t have been able to in Canada, through taking Japanese-centric classes like Japanese Tourism, Japanese Linguistics, and Japanese Society. These classes gave him a deeper insight into some less obvious details about Japanese culture. For instance, he recalls an essay he wrote about movie theatre customs he had observed in Japan, where he noticed that most Japanese people wait until the credits have completely finished before getting up from their seats and exiting the theatre. The resulting class discussion about potential explanations for this between the exchange students, Japanese students, and Joseph’s Professor is one he remembers fondly.

Outside of the classroom, Joseph learned even more about Japanese culture by volunteering with student groups. This is how Joseph met his mentor, Suzuki Setsu, an accomplished entrepreneur who took Joseph under her wing and taught him a tremendous amount about business, Japan, and many other cultures she was quite knowledgeable about.

Joseph’s experience abroad left a lasting impact by influencing his career aspirations. He worked part-time during his exchange in the International Lounge at Nagoya Gakuin University, helping other exchange students and Japanese students access support for their own study abroad and language learning pursuits. That was the catalyst for Joseph later volunteering to share his experience abroad at the pre-departure session for Kwantlen Polytechnic University exchange students when he got back to Canada. After this, the university offered him a student ambassador position at the international office, which later encouraged Joseph to attend his first international education conference in 2015. It was there, surrounded by passionate and inspiring professionals who help others achieve their own study abroad experience, that Joseph decided to pursue a long-term career in international education. As of September 2017, Joseph has been working full-time as an International Exchange Coordinator, continuing his dedication to the field of international education.

“Japan helped me more readily acknowledge how much I need to help others and be open to receiving help from other people to be successful, happy, and continue growing personally and professionally.”

Joseph’s Advice for Making the Most of Your Experience

“It may feel vague, murky and confusing now to imagine what your study abroad experience will look like, but you can learn to enjoy life and thrive in different parts of the world if you’re willing to take a chance.”