Dani Wray was stuck in a rut, and for the most part, she was fine with it. Until she realised she was sick of the rat race and trying to keep up with everyone around her. She needed an escape.

Although Dani was afraid of many things, including failure and making the wrong life decisions, she took the leap, and decided to study abroad at the University of the Nations Kona in Kona, Hawaii to study Biblical Studies. Looking back on it, she never doubts that she made the right decision. Dani explains: “When you do something crazy like deciding to move abroad, there’s always the question of ‘was this the right thing?’ For me, the answer is: ‘Yes, absolutely!’”

Dani decided that she wouldn’t just dip her toe into a new experience, she would jump in head first. That’s why she decided to move from her hometown of West Vancouver to study abroad in Hawaii and she loved the adventure. “I wanted to go somewhere wild and try something new,” said Dani.

The longest Dani had ever travelled for was a month-long stint in Europe, and although she would be away from home for more than two years, she wasn’t nervous. As far as preparations go, Dani decided to trust her gut, and that made her confident that she was making the right choice.

Dani’s experience in Hawaii was very different from back home. For starters, she moved around quite a bit during studying and volunteering. She stayed in the university for about three months, then in a school, a church basement, and even a tree! (where she slept in a hammock on an island she volunteered on). This diverse experience was exciting for Dani, but it was also a bit of a culture shock. Dani said she was exposed to different cultures, different ways of life, different political viewpoints and values. She is proud to say she has friends all over the world now from America to South Korea. “It makes the world feel so much smaller,” says Dani. 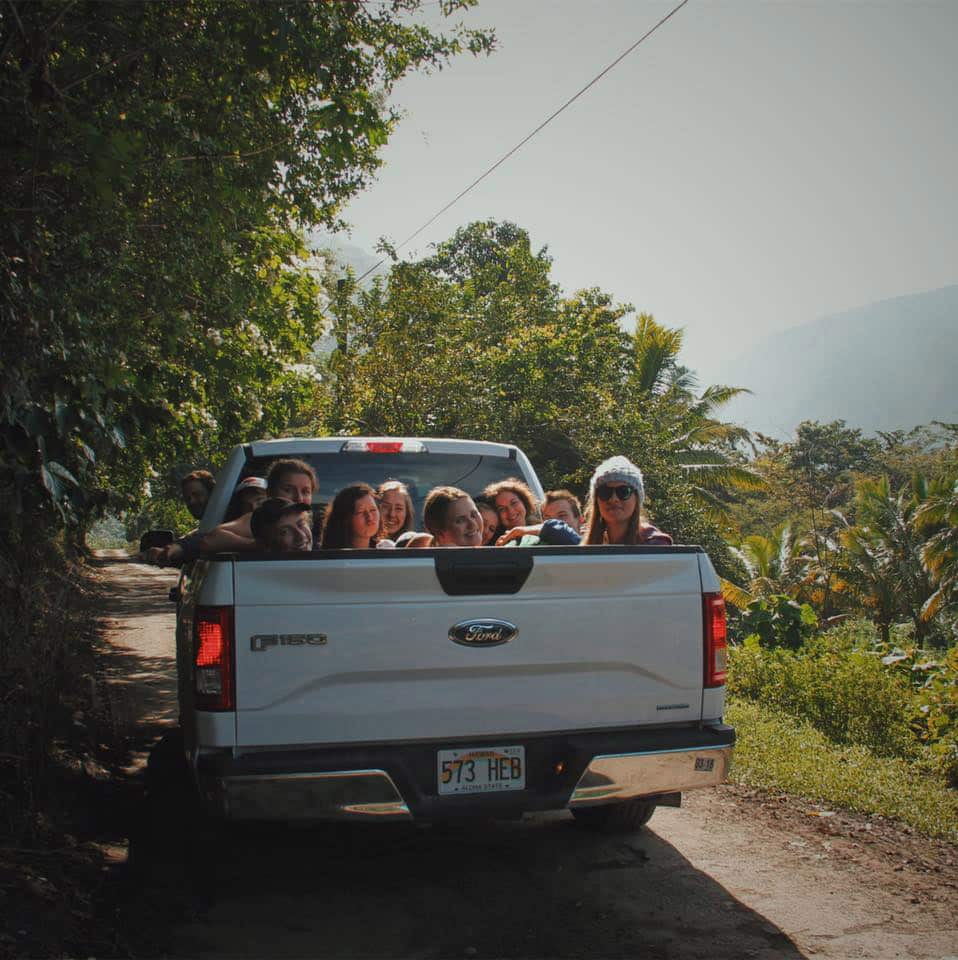 As cliché as it sounds, Dani really learned a lot about herself while studying abroad. She explains: “It completely changed my whole life. I used to see things as linear and I was always trying to compare myself to other people. Moving abroad allowed me to see that I could create the life I want. Not many Canadians study abroad, but I just think ‘why not?’ Being so far away from home made me think about who I really am and what I want.”

Dani was able to learn a lot while having the time of her life. She went surfing, diving around the island, hiked Mauna Kea (the highest point in the pacific), and met lots of welcoming and friendly locals along the way. She still remains in contact with her international friends today.

Thanks to her adventure abroad, Dani no longer feels scared about what the future holds. She currently plans to stay at the University of the Nations Kona and help lead the program she is studying. After that she wants to pursue a career in film to help people learn more about faith and Christianity.

“It’s important to take a leap of faith and try and discover who you are outside of your current external factors.”