Born and raised in Vanderhoof, BC, a small town an hour west of Prince George, Jacintha Kulchar had never really considered travelling. She graduated from the local high school, studied Applied Business Technology program at the College of New Caledonia, and then worked at a veterinary clinic, which seemed a totally logical choice considering her parents raised cattle on their 1000 acres of land. While working at the clinic, her boss sent her to a five-day conference in St Louis, Missouri, and the thought of travelling alone terrified her. “However, once there, I had an amazing time and realized that I could step out of my comfort zone and I wanted to try new things”, says Jacintha. 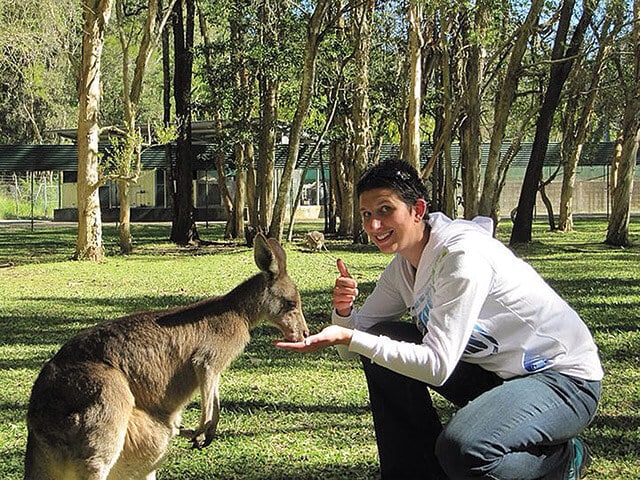 After four years working at the veterinary clinic, Jacintha knew she wanted to change her life, but didn’t exactly know in which direction. Prompted by her Dad’s suggestion that she consider travelling to Australia where she had a friend she had kept in touch with for many years, Jacintha decided to take the plunge, handed in her notice, applied for a working holiday visa and booked her flight. At the age of 23, she landed in Brisbane. Little did she know at this time that she would meet the man of her dreams and Australia would become her home.

Here’s what Jacintha has to say about her experience

‘’When I first arrived in Australia, my first priority was to start earning money. Assisted by VisitOz, a company which offers well-paid work in rural and outback Australia, I started my first job driving a tractor and picking cotton in rural Queensland. I had no experience of cotton picking and had a blast! I lived and worked with crew on the farms and they were like my second family. Other jobs over the next couple of years included driving a combine harvester, working on a cattle farm, and harvesting wheat.

I didn’t experience much culture shock, as Australian culture is quite similar to Canada, but I was quite homesick for the first month. I am very close to my family and it was tough being away from them for so long. However, keeping busy and working long days, and being in regular contact with my family, really helped me overcome this and I made some amazing friends. 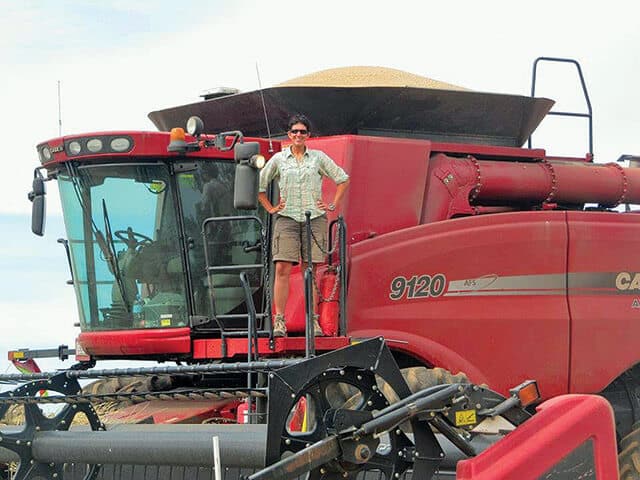 Christmas – in Australia, it lasts one day only, with cold salads and beer, as it’s the middle of summer.
Cold houses – in Australia, houses are set up to keep the cool in and the heat out, so when it does get cold, the house gets REALLY cold.
Fall – there is nothing like the Canadian fall, with the leaves falling and changing colour. In Australia, the trees keep their leaves.

You need to stick to your gut, your morals, and your beliefs as they make you who you are.

I took advantage of the last few years in Australia to travel around the country, and also went to Fiji and New Zealand, and it’s made me realize there is still so much more of the world I want to see. 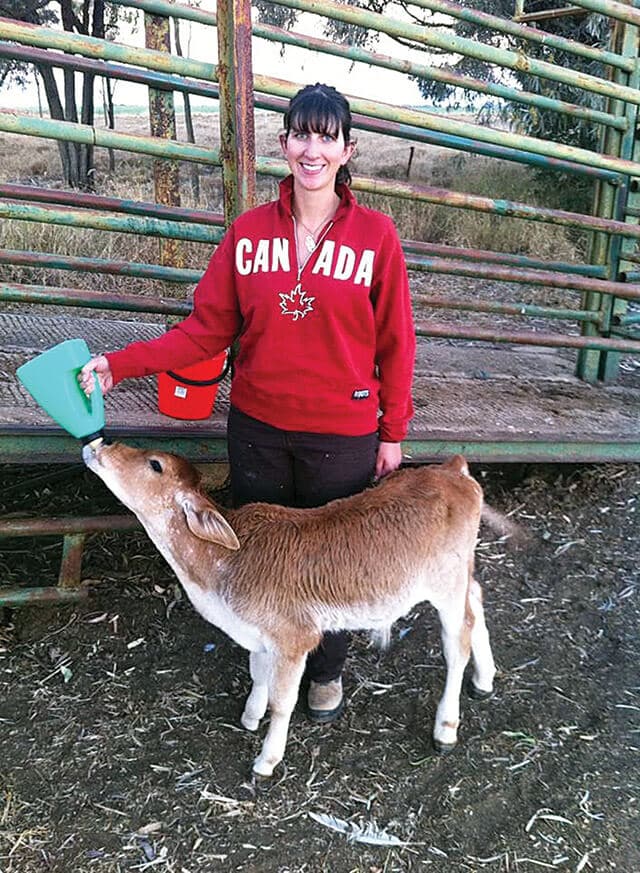 Travelling to Australia changed my plans and my life completely. I met my soulmate, Kiah, in 2012, when we were harvesting together in New South Wales. We hit it off and started seeing each other – and in August, 2013 he asked me to marry him. We will be getting married in Canada next year and then we’ll live in Australia. I’m currently applying for permanent residency and living and working on a farm is what I really want to do. However, let’s see what the future holds – we may move to Canada in five years…or we may not. Time will tell!

Advice and tips to others

It is so easy to book a flight and go and travel somewhere. It may be out of your comfort zone to travel by yourself so far from home, but you will discover who you are, and the experiences and memories you make will always be with you.

“When you look back on your life, you’ll regret the things you didn’t do more than the ones you did.” H. Jackson Brown, Jr

Katie Idle, Director of Sales and Marketing, Recruit in Canada/Study and Go Abroad Fairs
For information on paid adventures in Australia, see VisitOz on www.visitoz.org