There can be a lot to deal with when visiting a new country. There are the airports, the time zones, the language barriers and when Britain is your destination: the humour difference. British humour is widely accepted to be unique. Visitors are often left staring in confusion while Brits have hysterics and wipe the tears off their cheeks. So if you’re travelling to the UK and want to be cracking jokes, not guessing when to laugh, then read on.

Here are four pillars of British humour that, once understood, will help you giggle in all the right places: 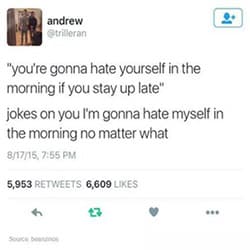 One aspect of British humour that can be confusing is their habit of being self-critical. They will often mock themselves or their life choices to get a laugh. If you were to create a funny Facebook post about going to the gym, for example, then a Brit would be sure to mention the seven packets of Pringles that they ate afterwards. And this doesn’t just happen on an individual scale; British corporations buy into it too (the BBC have created a show solely dedicated to satirising the BBC – well worth a watch) and it spans nationally, as British comedians source lots of their material from mocking British habits and current events. (If you’re keen to sample this humour, then check out this facebook page made by people in the UK that laugh at everyday British life). 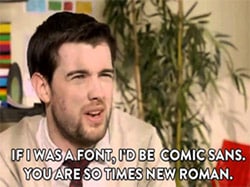 This is similar to self-deprecation comedy, except instead of insulting themselves they will do it to each other. It’s often the case that if a Brit likes you they’ll try and tease you, being a little critical without being serious. So don’t be surprised if someone tells you your new jacket looks like it was picked out of a landfill – nine times out of ten that will have been an attempt to make you laugh. (Brits also have a habit of keeping a deadpan face when telling a joke, which doesn’t help others work out when it is serious and when it’s not…). 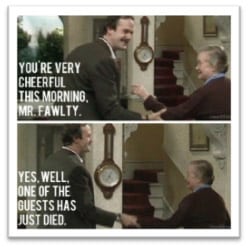 A British person will often say the opposite of what they mean to make someone laugh. If it’s raining outside, for example, they’ll cheerfully point out: ‘what good weather we’re having’. Staple British TV shows like Blackadder and Fawlty Towers are founded on this principle, and there are many fake, satirical newspapers and websites dedicated to presenting daily British life through a sarcastic and ironic lens. 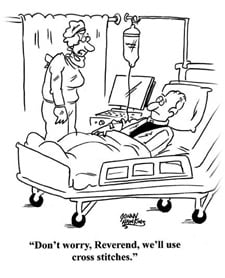 One of the hallmarks of British humour is when and where they choose to joke. Britain doesn’t seem to have a huge concept of ‘time and place’, and typically their pessimism leads them to read humour into even the darkest of situations. It’s alright to laugh at a person’s bad grades and make cracks about being in hospital or giggle at people falling over. Nearly nothing is off limits to Brits when they make jokes.

So if you are venturing to the UK for travel, study, or to get some experience, then watch out for these parts of British comedy. Stand in front of a mirror and practice your deadpan expression, practice choosing to see the funny side and not taking yourself too seriously. Once you understand the humour, it’ll make slipping into UK life a lot easier!