Scotland has more world class universities per head of population than anywhere else in the world. With 19 world class institutions, Scotland’s university sector offers unparalleled quality and choice. We are proud to offer the highest rates of student satisfaction in quality of teaching in all of Britain. Scotland’s universities offer their graduates the highest rate of employment or further study in the whole of the United Kingdom.

You’ll have heard about kilts and bagpipes, but Scotland has plenty more to offer. Scotland has a strong and proud history of university education, a thriving arts and culture scene, stunning landscapes and state of the art sporting facilities. There really is something in Scotland for everyone. 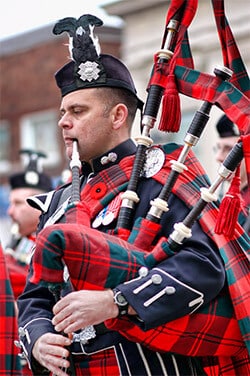 Today, as throughout its history, Scots have made their impact felt on the world including in the fields of medicine, engineering and science, politics, history, the arts and sport. Scotland’s legacy of great innovators includes the inventor of the telephone, Alexander Graham Bell, in the nineteenth century and John Logie Baird, an alumnus of Scotland’s universities, who invented the television. Today, our great innovators include Professor Higgs, who first posited the existence of the Higgs Boson particle whilst a professor at the University of Edinburgh.

There are seven cities in Scotland: the capital Edinburgh, Glasgow, Dundee, Stirling, Aberdeen, Inverness and Perth. The most densely populated area of Scotland is known as the ‘central belt’ which runs west to east and includes the urban areas of Glasgow and Edinburgh. Outside the central belt, the Highlands and Islands include 90 inhibited islands and the region is frequently placed in the top five most desirable places to live in the UK. Inverness, Scotland’s most northerly city is reached within three hour’s drive from Edinburgh or Glasgow.

Scotland has a wealth of ancient monuments, castles and museums reflecting Scotland’s long and rich history.  The country plays host to a dynamic annual calendar of internationally acclaimed musical and cultural festivals including the International Film, Fringe and Arts Festivals, the Military Tattoo and Melas. There are myriad theatres, museums, art galleries, cinemas and parks showcasing the traditional and current culture of Scotland. Scotland’s National galleries and museums are free of charge making it easy for students to appreciate our art and culture.

Scotland has something for everyone in terms of leisure and outdoor activities with so much to experience. With so much beautiful natural landscape in Scotland, even city dwellers don’t need to travel far to walk in Scotland hills or along its lochs and beaches.

If your interests lie in sports there are opportunities to participate in every conceivable sport with state of the art facilities – football, rugby, golf, skiing, mountain biking, hillwalking, climbing, tennis, sailing – as well as traditional Scottish sports including shinty and curling. Spectacular spectator events not to be missed include the Scottish Highland Games which are held from May to September throughout the country, the most famous being the Braemar Royal Highland Gathering.

You will find that there are several scholarships and awards on offer to study in Scotland, at both undergraduate and postgraduate level. If you know where you would like to study the best place to look is on the institution’s website.  Otherwise, you can search for scholarships on the Education UK website to see what scholarships different universities have to offer.  You can also contact your local British Council Office to find out what the offer students from your country to study in the UK.