In the month of October, some things can always be counted on across Scotland and Canada. Autumn begins to take a firm hold, turning the leaves incredible shades of gold, scarlet and orange. Also, university campuses bustle as the new academic year gets into full flow.

The educational links between Scotland and Canada stretch to more than the colourful scenery of an autumn campus. The impact of Scottish-Canadians on higher learning in Canada is undoubted and it’s a great opportunity to look back at the people who have influenced the landscape of education in Canada. These pioneers of learning have played a central role in the formation of some of Canada’s most prestigious and well-known educational institutions.

Below we profile a handful of these academic aces, who acknowledged the importance of higher learning in Canada and strived to create more and better opportunities. 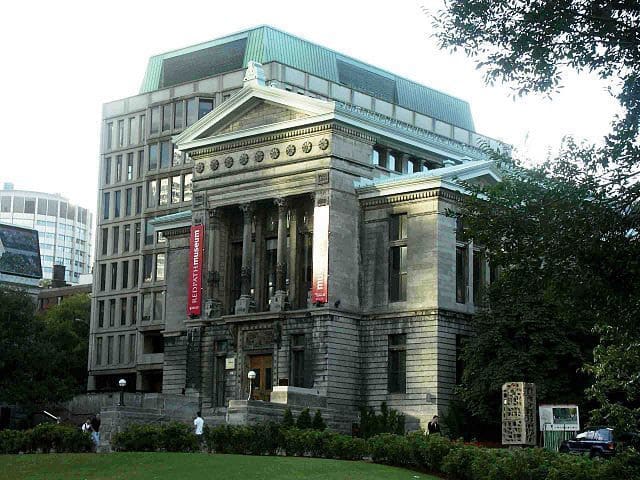 McGill University, situated in the heart of downtown Montreal, is perhaps Canada’s best-known university. It consistently ranks as the top university in Canada and also one of the top 30 in the world. Amongst its prestigious alumni, McGill counts 12 Nobel Prize winners, the most of any university in the country.

The university owes its existence to Scottish-Canadian businessman and philanthropist James McGill. McGill’s family came from the west coast of Scotland and James was born in Glasgow in 1744. He was educated at the University of Glasgow and soon after his education was completed he headed for North America to explore business opportunities. McGill eventually found himself in Montreal in 1766.

After settling in Montreal, McGill looked to start his own business and formed a partnership with Isaac Todd. Todd would go on to become one of McGill’s closest friends throughout his life, continuing long after their business partnership ended. Together, McGill and Todd amassed a vast fortune through the business of trading furs. As McGill’s business expertise continued to grow, however, he diversified into other areas like land speculation and the timber trade. By 1810 James McGill had completely given up on trading fur altogether.

McGill also had a strong dedication to public service which separated him from many of his business contemporaries. He was not only a volunteer Colonel in the Montreal militia, but also served as a city magistrate for several years. During his time as a legislator he was instrumental in the creation of the Royal Institute for the Advancement of Learning (RIAL). This proved to be a watershed moment in the establishment of a nondenominational schooling system.

McGill died in 1813 and at the time of his death was one of the richest men in Montreal. Without a doubt, his most important legacy was the large sum of money and summer home that he left to the RIAL. In the conditions of the bequest, McGill stated that the money and land must be used for the establishment of a university or college.

McGill College was founded from this bequest and, in 1821, it received a royal charter from King George IV. The charter granted the institution full university status, with the power to confer degrees to its students. Today McGill lies at the very heart of the university he helped create, having been interred in front of the arts building on the university’s campus. 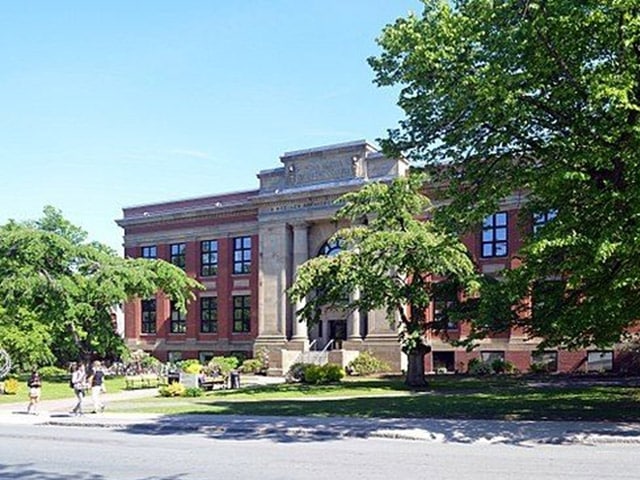 Dalhousie University, commonly known as Dal, is one of the top 10 universities in Canada. The university offers more than 4000 courses and 180 degree programs from its main campus in Halifax, Nova Scotia and a medical teaching facility in New Brunswick. Like McGill, many illustrious alumni have enrolled at Dalhousie University and the institution also boasts a Nobel Prize winner.

Dalhousie University was the brainchild of General George Ramsay, the 9th Earl of Dalhousie. Ramsay was a Scottish soldier and colonial administrator and was born just outside Edinburgh in 1770. He was educated at the Royal High School in Edinburgh before also attending the University of Edinburgh. Amongst Ramsay’s several postings as a colonial administrator, he acted as Governor of Nova Scotia from 1816 to 1820.

After serving in the British Army for many years, Ramsay solicited appointment for the role of Lieutenant Governor of Nova Scotia in 1816. Upon arriving in Canada, Ramsay’s attention almost immediately turned to the plight of the poor migrants, who were arriving into Canada in increasing numbers. It was while serving in this position that he came upon the idea of founding an institution of higher learning open to all people.

Ramsay was deeply concerned with the state of higher learning in Nova Scotia. Kings College, Windsor was located some 40 miles from Halifax, and only permitted members of the Church of England to enrol. In a bid to combat this exclusivity, Ramsay desired a non-denominational college to be founded in Nova Scotia and, in 1818, Dalhousie University was founded. The university was structured on the same principles of Ramsay’s own alma mater, the University of Edinburgh. This meant that lectures were open to all, regardless of religion, nationality or social class. Although Dalhousie University was founded in 1818, it operated on a sporadic basis due to funding issues before holding its first full class in 1838. 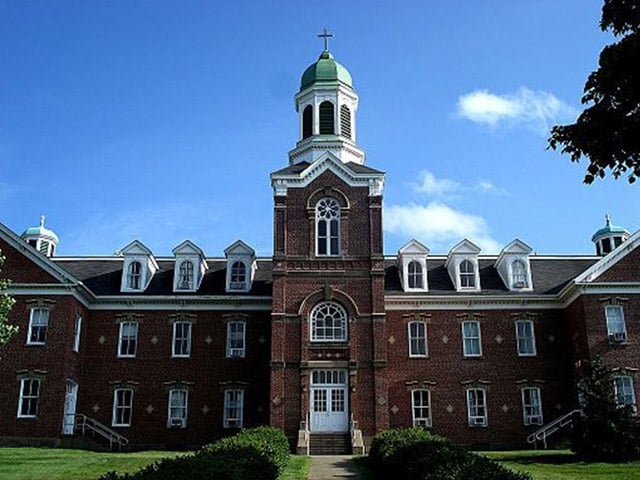 The establishment of the university is thanks to the determination of Scottish-Canadian Colin Francis MacKinnon. MacKinnon was a religious leader in the area and held several high-level positions throughout his life. He also had a keen interest in the education system in Canada. MacKinnon was born in the county of Antigonish, Nova Scotia in 1810 to Scottish parents. Colin’s father had travelled to Canada from the Scottish island of Eigg, in Scotland’s Inner Hebrides. Eigg is known as one of the ‘Small Isles’, an archipelago on the west coast of Scotland, with Eigg itself measuring just 12 square miles in size.

To further his education and religious aspirations, MacKinnon travelled from Canada to Rome to study theology. In 1837, at the age of 27, he was ordained as a priest and returned home to Nova Scotia where he was appointed a pastor in the region. A year later, in the summer of 1838, MacKinnon used his influence to establish a grammar school in his hometown of St Andrews. This was the first school of its kind to be established in the area, and was MacKinnon’s first foray into the world of education.

It’s most likely through this venture that MacKinnon became convinced of the need for a higher learning institution in that part of Nova Scotia. It’s undeniable that his work in the advancement of higher education in this region is his greatest achievement and he strived throughout his life to provide opportunities to those looking for further learning. In 1851, after being named Bishop, MacKinnon became acutely aware of the educational aspirations of the people in his area. Just two short years later, in 1853, he founded a seminary called St Francis Xavier College in a bid to fulfil the desire for higher learning. In 1866 the college was officially given university status and began handing out its first degrees in 1868.