Studying abroad can put an impressive international twist on your education, preparing you to work on global projects with people from a diverse range of national and cultural backgrounds.

And that’s exactly what Vancouver native Christine Han is hoping for.

Since last August, she has been studying Event, Sport and Entertainment Management at the Glion Institute of Higher Education in Switzerland. She dreams of one day travelling around the world to organize international sporting events, such as the Olympic Games or FIFA World Cup.

Christine says that, when choosing where to study abroad, she simply followed her interest and passions. She knew she wanted to attend Glion – the school was ranked #2 among all international hospitality management schools for an international career – and the location was just a bonus. 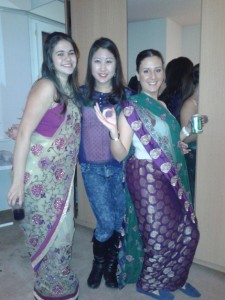 “I wanted to see and live the European culture, expand my horizons and make friendships to last a lifetime,” she says.

“There is more to learning than what takes place in a lecture hall, and coming here as definitely taught me a lot more than if I had stayed at home with my parents.”

Before she left home, Christine spent some time reading up on Swiss culture and the lifestyle she could expect to find in Switzerland. She also spoke to people in her own network who had lived in or visited Switzerland themselves.

Her biggest pre-departure tip? “Make the most of the time you have with your family, because you will miss them very much.”

Leaving her family behind to start a whole new life in an unfamiliar setting was difficult, she admits, “but meeting new friends and trying new things have kept me too busy to be homesick.”

When she arrived in Switzerland, she settled into Glion’s residence dorms and got down to work, attending classes such as Operational Event Planning, Information Technology, The Leisure Industries, and Managing Performance and Participation.

Studying at a school that overlooks the Swiss Riviera and the Alps isn’t all fun and games, though: “I think Switzerland in general tends to be a bit stricter when it comes to punctuality and general rules regarding drinking, partying, etc,” Christine says.

But the Swiss attitude toward partying hasn’t stopped her from having a great experience. 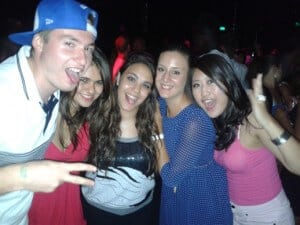 During mid-term and winter breaks, she stays with friends in various countries in Europe, and she frequently takes weekend trips with her closest pals to neighbouring cities and countries.

“Those trips really brought us closer together and we made memories that will probably last for a lifetime,” she says.

Christine won’t finish up her time in Switzerland until the end of 2013, but she already believes the experience has been beneficial to her.

“Living abroad has made me more independent and open-minded. It really opens up your mind and makes you realize that there is so much potential for you to grow and develop as a person,” she says. “I think it will influence me to make more adventurous decisions in my career.”