I grew up incredibly lucky, speaking English, Mandarin, and Taiwanese, so when the opportunity arose to travel from my hometown in Vancouver to teach children English in rural Taiwan, I leapt at the chance. I was well prepared to teach, having worked with children in several leadership positions in the last few years.

I knew the students’ English would be limited but when I gave them their first test, I was startled. To them, even the alphabet was hard because they had little motivation. Their first response to receiving a test was “I don’t understand this! I don’t know anything!” without even a glance. My team and I were incredibly frustrated the first few days. Why couldn’t they just take this opportunity that we knew rarely came for them?

And then we learned why.

This town was quite literally in the middle of nowhere. Here, everyone knew eachother because their families had been there for a very long time. Anyone who left for the city, never came back. This was the story of many of our students; many were raised by single parents or guardians because their parents had gone to make a living in the city, and didn’t want to return. Some were raised by their older sibling because their parent was too busy trying to make a living for their family. Those older siblings couldn’t further their own education. The students also received little positive encouragement from their teachers, so they feared making a mistake.

From a distance, this town didn’t seem to be at a disadvantage. People always seemed happy and generous; they did not seem to lack anything in life. Up close, though, you saw the little scars some of these children bore. You saw their hesitation to get attached and their disinterest in learning. To them, it didn’t matter; we were going to leave, and they weren’t going to go anywhere.

These two weeks were difficult; I had the youngest children and they were mischievous and unmotivated. We didn’t give up; we revised our plans, took it all in our stride and did what we could.

Honestly, I felt like I hadn’t done enough. Every day, we reviewed the twenty words we had taught and the alphabet. To me, this wasn’t enough because I wanted to do so much more than the two weeks allowed. 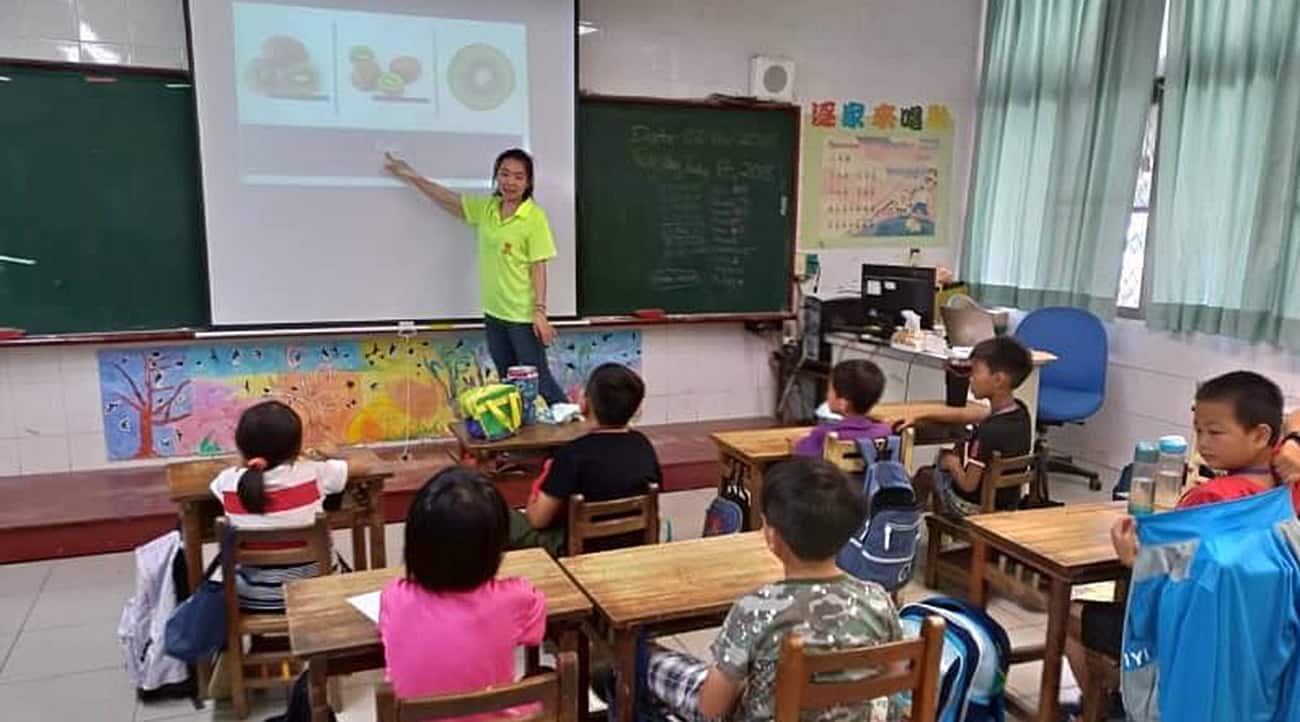 I was pleasantly surprised on the last day. I didn’t realize the impact we had had on these kids until we saw tears from more than one student. Early the next morning, some even came to see us off. As our bus pulled away, we saw the kids crying and hugging each other, and the adults still waving goodbye. Shortly after we left the small town, those students who had come to see us off video-called us, just to talk again.

Volunteering abroad is a crazy experience, no matter how long you do it for. It will exhaust you when you face language challenges. It will frustrate you because you will want to do more than you can. But it is nothing if not rewarding and will open your eyes to something you never thought of. You will see life drastically different from yours, but there’s happiness all the same. You will meet people you will be forever grateful for. You will not regret it because you will have become a different person, a better person for it, for you have seen a side of the world many will never get to see.

So take the opportunity when it comes, share what you know with people around the world, if not to uncover their eyes, to uncover your own.