So You’re Coming To Keele… 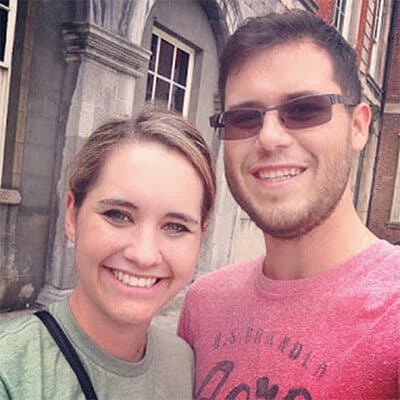 There is a quote from H. Jackson Brown Jr. that has resonated with me ever since I heard it. “Twenty years from now, you will be more disappointed by the things you didn’t do than by the ones you did do. So throw off the bowlines. Sail away from the safe harbor. Catch the trade winds in your sails. Explore. Dream. Discover.” By coming to Keele University, you are already living that quote. Whether you are coming from somewhere else within the United Kingdom, or from some other continent, going to university is the first step in sailing away from the safe harbour — and you will never regret it!

I first came to Keele University as part of an exchange program from the United States. I had always wanted to travel abroad, and doing it during my university years was my best chance of doing so. My original plan was to only go for a semester, but the more I thought about it, the more I realized that if I was going to do this right, I needed to go for a year. It was one of the best decisions that I ever made.

So in September of 2012, I stepped on an airplane for the very first time to go the furthest I had ever been from home. Those goodbyes to my friends and family were tough and there were a lot of tears. I thought that distance would get to me and that homesickness would put a hamper on my trip. However, that was not the case. Technology allows for cheap and easy instant access to friends and family, so if I was feeling down or sad, I just had to send someone a message and they would cheer me up.

But the best way to combat homesickness was to become a yes man. I said yes to every opportunity that came my way when I first got here. “Do you want to go into town with us?” Yes. “Do you want to go out to the Union tonight?” Yes. “Do you want to go to Dublin this weekend?” Yes. And so on. If it was something new and I hadn’t done it before, I said yes to it. It was by doing this, I was able to make new friends and experience new things. Saying yes gets you out of your comfort zone and that is exactly the point of studying abroad. You didn’t come to Keele University to have an experience like you did at your old home — You came to try something new! It’s alright being in comfortable space, and being comfortable is very important to your mental and physical wellbeing, but trying something new and different is just as equally important. It allows for you to grow as a person and know exactly what makes you tick. As the quote says, “Explore. Dream. Discover.”

Over my nine months at Keele, I had the time of my life. I visited cities that I had only heard of in books or on television and met more kinds of people than I ever thought possible. Coming from a small town in rural western Ohio, this trip showed me that there is so much more than what I grew up with. I learned about cultures that you only ever read about. In this time, I made mistakes, got sick, and probably drank a little too much, but that was apart of the fun. Even though British people speak the same language and have a similar culture to the United States, they are still completely different to what I was used to in the U.S. Living in that kind of environment was spectacular and I wouldn’t ever change a minute of it. 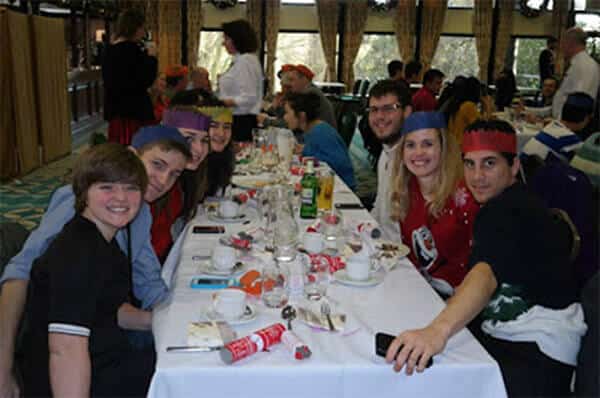 When I left in June of 2013, I was both ready and not ready to go home. I don’t think I have ever cried as much as I did that final week I was there. I was sad to be leaving all of the wonderful friends that I had made, but at the same time I was ready to go home.

My time at Keele University was so great that I wanted to come back, and in September of 2014, I did. I decided to do my entire masters degree here. This year has been different from the first time, but that’s what has made it great. I have been able to see my old friends but also meet all new ones as well. By the time I leave Keele for good in September of 2015, I will have lived in the UK for almost two years of my life. This place has become my second home and will forever be a part of me.

So whether you are just waiting for your airplane ticket to start your journey at Keele, or you are reading this, thinking about taking that big step to study abroad, I guarantee that you are feeling scared. Scared of leaving home, friends, and family. Scared of the unknown. You know what though? It’s okay. It’s okay to be scared. I was terrified in the months before I came over to Keele — but it goes away. As soon as you step on to that airplane you have already beaten it because you are doing something brand new. You are saying yes to a new experience in life. You are throwing off the bowlines and sailing away from the safe harbor. You are making your friends and family proud of you. Hell, I don’t even know you and I’m proud of you. Hopefully one day, your experiences will convince someone else to take that next step in life too.

Explore. Dream. Discover.  And say yes to every new opportunity that comes along.

You will be fantastic.