I climbed the Sydney Harbour Bridge. Standing at the summit, I thought to myself, “I did it.” After one application, two years of saving and three flights, there I was overlooking Sydney on my 21st birthday. It was surreal (to say the least) and this was only one of the many amazing things I did while studying abroad.

Studying abroad had long been a part of my personal and academic goals. To me, it was an invaluable opportunity to travel while working towards my degree. Also, having travelled from a young age, I have always been fascinated by exotic locales. So when it came time to apply for an exchange, it wasn’t a matter of whether I would go, but where.

When exploring my options, I knew that an English-speaking country was essential and the UK, Australia and Ireland were the forerunners. However, considering how far Australia is from Canada, I wondered when I would have another opportunity to spend five months there. To me, it was one of those places that many people say they will travel to ‘someday,’ but often never get to. The more I thought about it, studying in Australia just seemed like the right choice. Go big or go home, I guess. 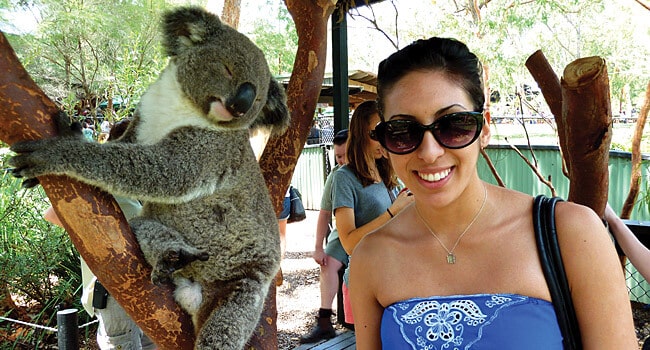 Australia is often referred to as “the lucky country,” and for good reasons. Its various climates, natural world wonders and exotic flora and fauna make it a paradise in the South Pacific. In many ways, it seems like it took its own evolutionary course. One week you can be in a busy metropolis like Sydney, then the next week be tanning in the tropical Whitsunday Islands or skiing in Thredbo. The environment is practically made for the tourist industry and it still amazes me that I did so many different things in one country: from climbing the Harbour Bridge to snorkelling in the Great Barrier Reef; skydiving over Wollongong; tasting wine in the Hunter Valley; riding a camel in Port Stephens; diving with sharks in Manly; and exploring the Jenolan Caves. I did it all. And so can you!

No matter where you decide to go though, studying abroad is a once-in-a-lifetime opportunity full of unique experiences. Most importantly, you will be exposed to a new culture. Living as a local will allow you to truly experience that culture because you will learn more about its history, customs and values in context. Prior to my exchange, Australians seemed very similar to Canadians since they are also part of the Commonwealth, have a parliamentary government, encourage multiculturalism and speak English. In fact, I used to think that Australians were just like Canadians with accents if you substituted polar bears, maple syrup and ice hockey with kangaroos, Vegemite and Aussie Rules Football. Yet, after living there for five months, I learned that while we are quite similar, we are also different in many ways.

However, living in a foreign country is not without its challenges and it is up to you to overcome them. Going abroad requires you to be independent and make decisions for yourself. You cannot pop home for the weekend and time differences limit when you can speak to family and friends back home. Also, if you’ve never had any expenses, the monthly internet, mobile phone and utility bills may take some getting used to. And for some students whose study abroad experience is their first time living outside of the family home, the thought of being alone is nerve-wracking. I had never lived away from home, let alone on another continent. Many people asked if I was nervous and while I will admit that it was daunting at first, it was the most liberating and worthwhile experience of my life. So if you’re looking to challenge your abilities and see what you are capable of, this experience is for you. 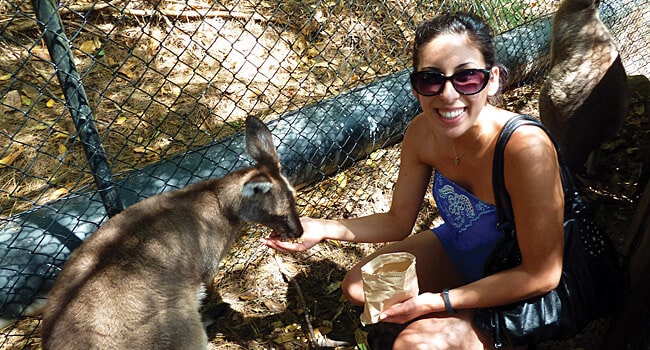 Moreover, studying abroad will enhance your education by exposing you to different perspectives. You will gain a deeper understanding of your discipline and learn about the global industry. It is also a prime opportunity for making connections with students and professionals in your field that may lead to future opportunities. Plus, an international experience will give you a competitive edge when starting your career because it shows employers that you are responsible, mature, independent, open-minded and able to problem solve on your own. Finally, as the world becomes increasingly globalized, international experience is becoming an invaluable asset for young professionals.

So if you are looking to expand your horizons, spending a semester abroad is an unparalleled opportunity that will greatly prepare you for future endeavours. For me, it was a highly rewarding experience and I would recommend it to any students who are serious about broadening their knowledge in any field of study. By the time I left Australia, it felt like home and living abroad is now a real possibility. Having successfully travelled to one of the furthest points on the globe, nothing else seems out of reach.